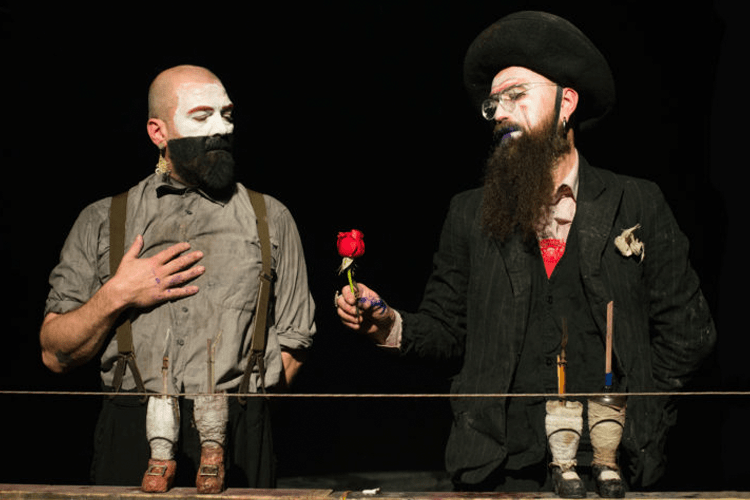 About a performance:
his is a performance that is based around the format of a duel. Theatrical reality collides here with everyday reality; this is text in its written form is opposed to a text which is read. The hero meets his alter ego.

The action is enclosed in a small space. The empty space is bordered by a thin line; crossing it brings death to the hero. In yearning for death, the character proves his right to live. This is a protagonist who strikes out the word “Carmen” from Merime’s text and inserts “Jose” instead. He signed his last letter using Carmen’s name.